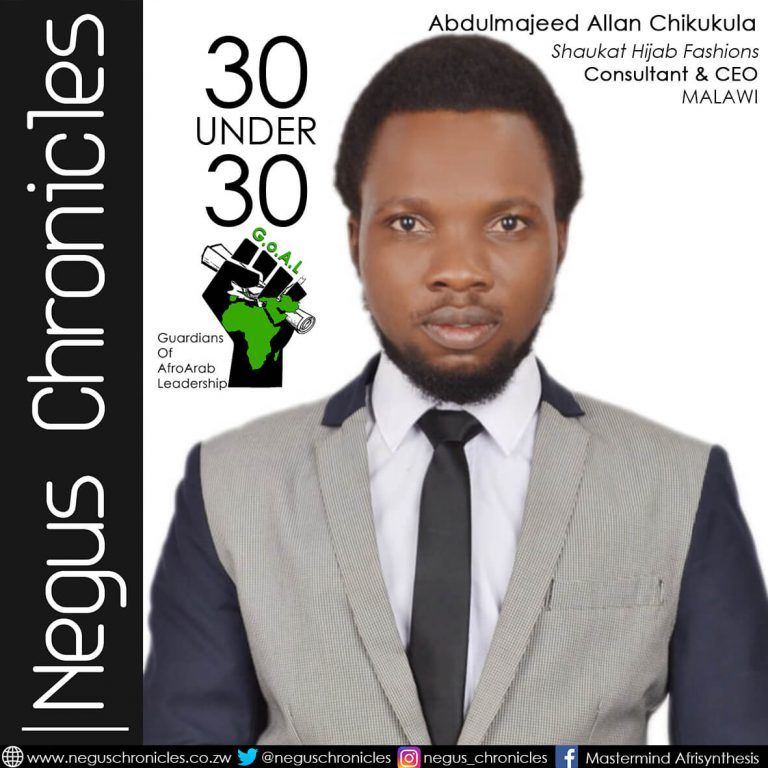 Abdulmajeed Allan Chikukula, is a Consultant and CEO of Shaukat Hijab Fashions. Abdulmajeed Allan Chikukula is a holder of BSc of Agriculture from Cairo University. He has passion towards youth unity, empowerment and development. He founded the Malawi Students club in Egypt (MSCE) in his early years just after he moved to Egypt in 2014. Later, he founded and became the First President of Malawi’s Cairo and Alexandria Students Union (MACASU). He believes that youth has a magic wand to turn things around only when they are empowered.

Abdulmajeed joined the African League of Young Masters in 2016 and was working as the initiative’s executive member. This is where African youth are given a platform to express themselves, trained, empowered and also are infused with pan Africanism and African Unity. In 2017 he started his online Islamic fashion attire in Malawi; the first of its kind Shaukat Hijaab Fashions.

He was Elected as Vice President of General Union for African Students in 2018 – 2019 and later ascended to power as the Coordinator of African League of Young Masters in 2019-2020, where he managed to organize the first ever African youth day among African youth in Egypt. Worth mentioning that Abdulmajeed has attended the Nasser Leadership Fellowship in 2019 in Egypt.