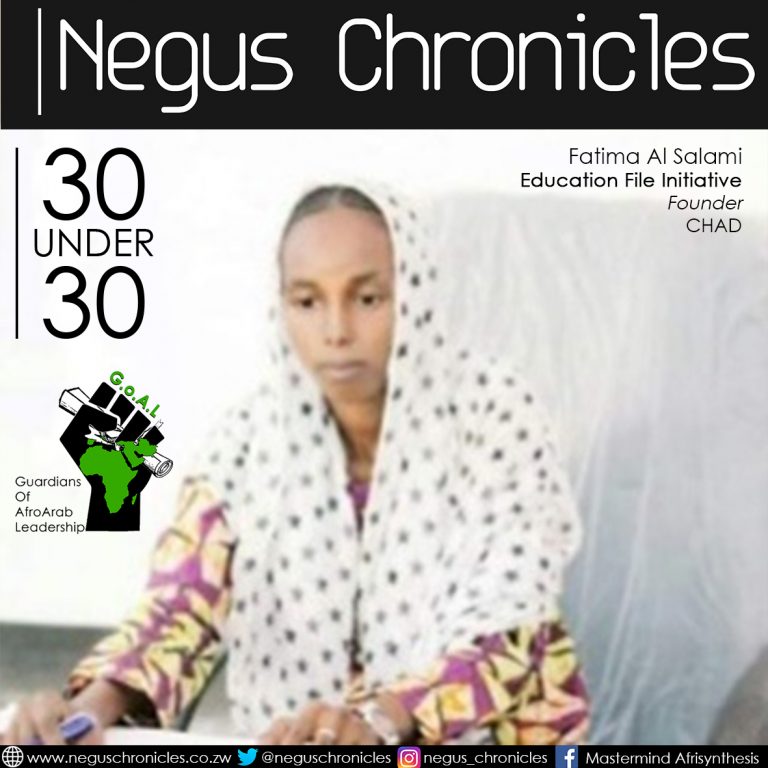 Fatima Al Salami is a young African social activist from Chad. She works as a UNICEF official in preparing reports on the conditions of mother and child refugees from West Africa affected by the Boko Haram attacks in Central African countries.

Fatima is also the Founder of the Education File Initiative, which has managed to fully sponsor 500 children in Chad from poor families whose financial conditions prevented them from being educated.

The initiative has so far contributed to convincing more than 800 families in rural areas in Chad, Cameroon and Niger of the importance of educating girls in particular and children in general. The initiative uses raises this awareness for the need for education in innovative ways, especially with the local people’s rejection of the idea of education altogether, which makes convincing them a great challenge for Fatima, but she has been able to convince this.

Fatima also publishes rich information about the African continent through her personal account on Facebook, to introduce non-African youth to the beauty of the continent and its diverse resources.