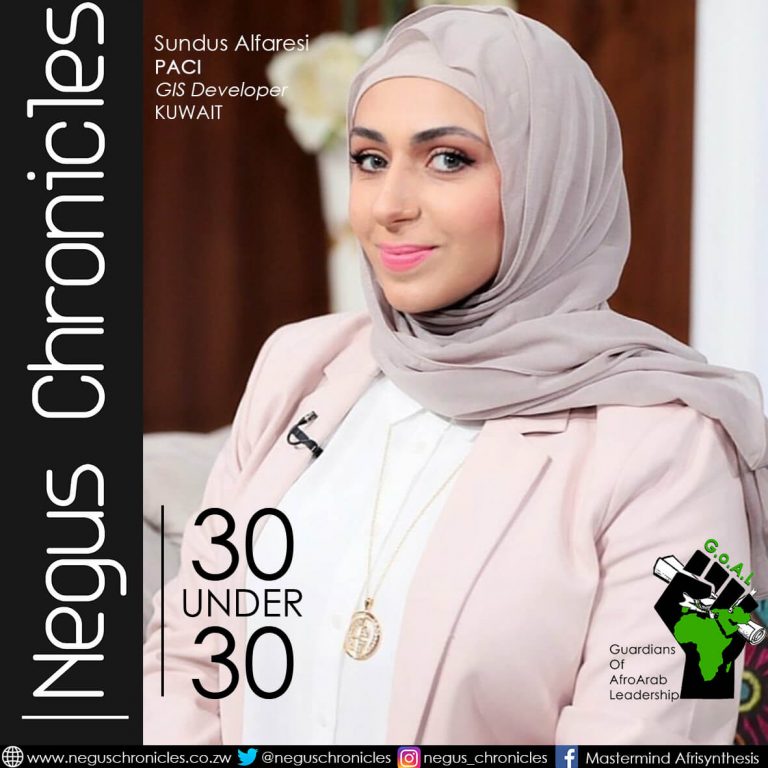 Sundus Alfaresi is a young female entrepreneur from Kuwait. She is a developer who loves programming and learnt it at IBM.

Sudnus is so passionate about volunteering and she leads many volunteer teams in Kuwait, focusing on both humanitarian and national service, especially helping refugees.

Sundus has been involved in many programming workshops, and the most she is proud of is travelling to Turkey to provide an intensive program for the education of refugees in the city of Rihani.

She delivered so many workshops in the field of programming because she believes in spreading this science, spirit and motivation.
Sundus is the founder of Kodait; the first coding initiative that supports young people who have technological ideas and the initiative helps them apply their ideas for free.

Four years ago, she wanted to learn more about Augmented Reality (AR). Yet she noticed that it was not spread in Kuwait, so she decided to challenge herself and learn it. At first, she did not find much information about it on the Internet and most of the information she found was very simple. She liked what Google did with the navigation technology and AR and since then she is a GIS developer and she managed to build a navigation application which is similar to the Google Maps called “Kuwait Finder” a year ago.

She was honored by His Majesty Sultan Qaboos in Oman and was awarded the Medal of the Gulf Cooperation Council Countries for Distinguished Youth Work.