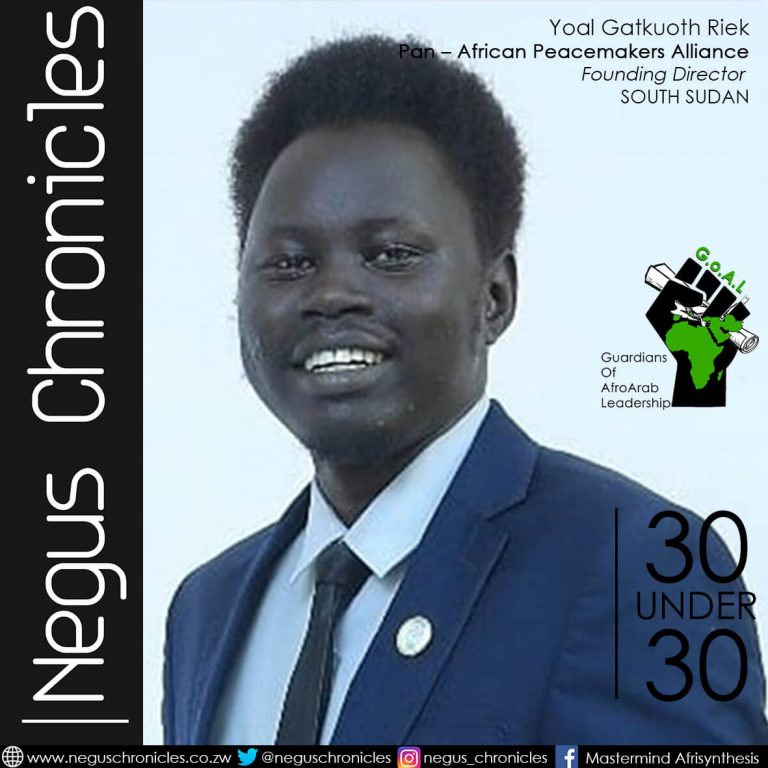 He is a Co-country coordinator for African Artists Peace Initiative [AAPI], South Sudan chapter, and peace ambassador for the International Women’s Peace Group [IWPG]. He is a Co-founder of Nile Youth Development Actions; a grassroots catalyzer focusing on entrepreneurship, education, employment, and inclusive engagement to advance local socio-economic development in South Sudan.

He also has facilitated and certified as a trainer of the trainee on Youth Leadership and Peacebuilding. He was awarded by Wolkite University for his outstanding youth leadership engagement in 2018.

Yoal is a YALI Regional Leadership Center of East Africa; Alumni and he is Co-founder & Deputy Chairperson of the Civil Society Coalition on Defense of Civic Space [CSCDCS]. He presides over advocacy, campaigning, lobbying, organizes forums, dialogues and meetings with different relevant stakeholders and institutions based in South Sudan.

He also also founded an opportunity for networking engagement with the key institutions and key government officials. Yoal has been nominated by the board and members of South Sudan Youth Organizations Coalition, as an advisor to the South Sudan National Youth Union [SSNYU].

He is the Founding Director of the Pan – African Peacemakers Alliance [PAPA] an action-oriented youth-led organization and a grassroots advocacy campaign of African youth leaders that seek to enhance the leadership of youth in bringing transformative change in South Sudan; which trains youth in Peacebuilding & conflict resolution and advocacy, civic responsibility. He has trained over 100 youth in all sectors of his engagement.