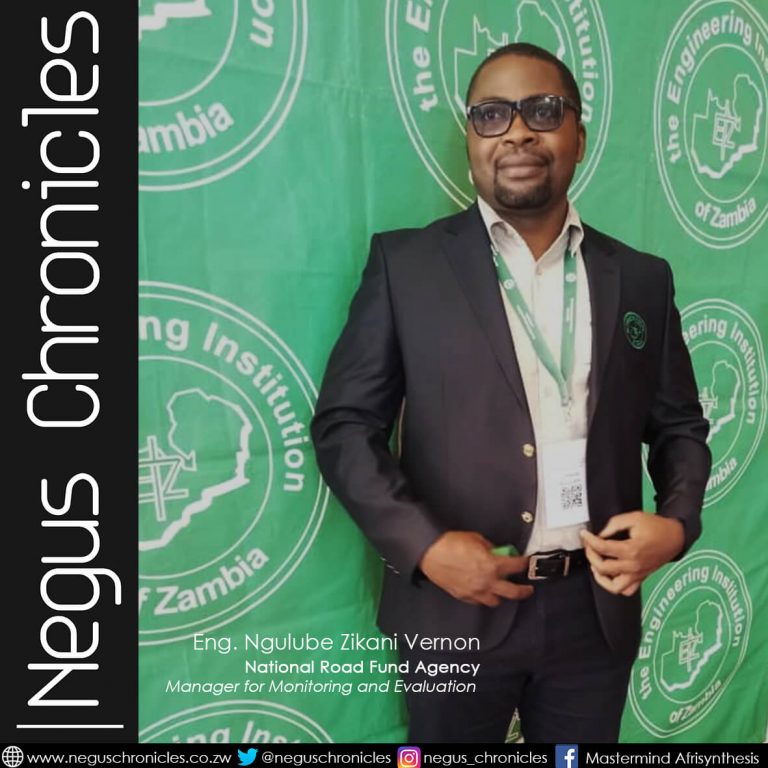 First was in 1998 when I went to the boarding school St. Clements high school in Mansa of Luapula Province where I suffered from malaria and admitted in Intensive Care Unit [ICU] for about one and half days at Mansa General hospital.

The second was soon after I lost my Dad, Mr. Wilson Ngulube [MHSRIP] in June 1999 – a very dedicated and hardworking man. After his death, life changed downwards for us [eight children- Juliet, Webster, Lucy, Jovito, Dickson, Witney, Myself and Tisa] as we now only had our loving and hardworking mum, Ireen Mumba [May the good Lord continue blessing you Mum] to take for and guide us. For some time, I didn’t take the loss well resorting to beer drinking and smoking instead.

On both instances, I felt like that was the end for me on this earth but because of God’s grace and mercy, I managed to re-focus myself and worked hard through my High School, University and still working hard in the industry today. Here I am now and He has further blessed me with my lovely Wife Caroline Mwaba and four beautiful children, Vernon Jr, Shekainah, Abigail & Nathan.

In the meantime, in my professional life, l have hit a few milestones that I am grateful for. Between, 2009 and 2011; I trained more than 200 officers from Government institutions and Communities of Lufyanyama, Masaiti, Mpongwe and Kitwe Districts in the Repair and Rehabilitation of Hand Pumps (India Mark 2 and Afridev Technologies) with support from UNICEF and World vision. This achievement contributed to the provision of safe & clean drinking water in the rural communities of Zambia.

From 2012 to 2014, I coordinated the review and formulation of Water and Sanitation Policy under the Ministry of Local Government & Housing (MLGH) as Focal Point Person and part of the technical team that developed the project proposal for water and sanitation in order to get funding for Luapula Province from the African Development Bank. I was also the Climate Change Focal Point Person for the Ministry of Local Government and Component Manager for the successful implementation of the DANIDA funded water and sanitation projects in Zambia at Ministry of Local Government. My works and efforts in the water sector did not go unnoticed as evidenced by the recognition I got from UNICEF in 2014 wherein, I was nominated to make presentation on Information Management System for Water Supply & Sanitation during the World Water Week in Stockholm, Sweden.

Between 2014 and 2015, I was the Principal Engineer for Luapula Province, during which time Chienge District became the first district to open defecation free district in Zambia and Southern Africa region with regard to good sanitation and hygiene practices thus preventing the outbreak of water and sanitation related dieses in the communities. This led to the recognition by the American Society of Tropical Medicine and Hygiene [ASTMH] and my nomination to make a presentation at their annual meeting in Philadelphia, USA in 2015.

2015 to 2017 saw me become Project Engineer for the successful construction of selected urban bituminous roads in Samfya, Mansa & Kawambwa Districts, construction of 200 boreholes and 10 water reticulation systems and local authority housing units in Luapula province. I also oversaw the design review and supervision of construction of three modern markets and four mini-markets with water reticulation system in Luapula province which were launched by the President of Zambia and I coordinated the feasibility study for the water and bio-gas sanitation system for Lunga District Island with BCHOD Consultants under MLGH.

From 2016 to 2017 I was Engineering Institution of Zambia Chairperson for Mansa Branch, which covered for all the engineers in Luapula Province, while from 2017 to 2021, l was the manager for Monitoring and Evaluation NRFA; and gave a technical presentation on the Climatic Effects on Road Infrastructure to the African Road Funds Association Focal Group for Southern Region Conference in Lesotho.

In 2019, I became a full member of the Institute of Directors of Zambia [IoDZ] and in 2020, chosen to be a fellow in Engineering Institute of Zambia [FEIZ], the youngest fellow at the time.