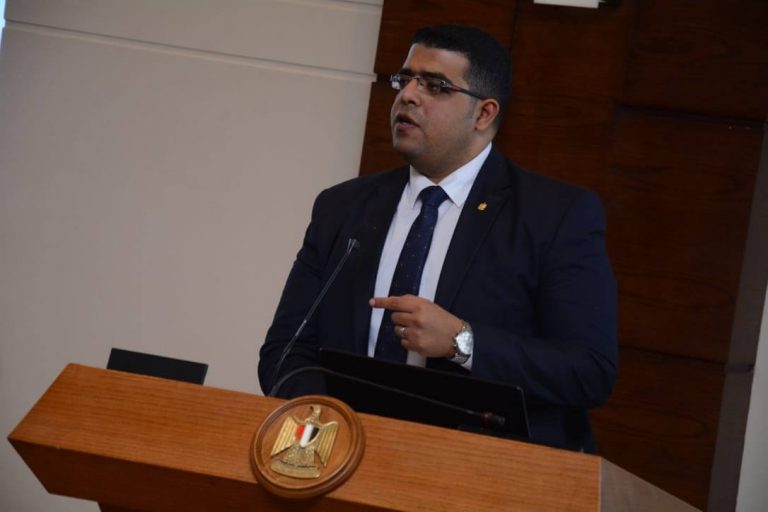 Achievements:
– Speaking to President Abdel Fattah al-Sisi, President of Egypt and the African Union, in the roundtable of the Arab and African Youth Forum on integration in the Nile Valley in March 2019
– Founder of the Youth Leaders Council initiative for the sons of the Nile Valley in October 2018
– President of the Nile Valley Youth Parliament for 2018
– Founding member of the Arab African Union for the fight against extremist ideology
– Honored by the Arab African Union for Combating Extremist Thought to present a paper on illegal immigration in Africa In July 2017
– Honored by Arab and African Child Education Conference
– Participation in the Youth Forum of Egypt and Sudan under the slogan of the unity of the Nile Valley vision in October 2018
– Studied at the African School organized by the African Youth Union in cooperation with the Egyptian Ministry of Youth in December 2018

My dream is to see the youth of Africa co-exist; in principle being one nation which I call the Young African Nation. This is how I have always felt every time when I am in various platforms, gathered together with African youths whether from Egypt or any other African country. Looking forward, I believe that the future is brighter especially with the young people of this generation. To capitalize on this potential, we ought to work hard, have flexible culture exchanges, share ideas and the strengthening of mutual cooperation.

The African Nation’s youth can truly make a difference in the history of the continent by creating positive change and turning the continent back into the real beacon of world scientific, cultural, intellectual and practical civilization that I trust the youths of Africa have always achieved throughout our history.

I’m an African citizen, from the country of Egypt, Africa’s oldest state and I believe this continent with its many historical and geographical relations and active posts since time in memorial will continue forever. We must now continue to build up the Canton as this is the most important stage after the continent managed to get rid of colonialism and freed its states right up to the present day. This to me is the real breakthrough towards investment, construction and development in Africa as we are always looking for how to sustain Egyptian-African relations, especially among the young who we consider to be the mainstay of African societies and the major link between these communities.

The youths can be the bulwark against all the problems facing the continent. Over the years, I have participated in a lot of programs meant for African youths and that has increased my knowledge on issues concerning this continent of ours. Also, my studies in information systems and business administration have afforded me the opportunity to go deeper into the continent’s information and components and ways to invest those elements and resources and competencies to activate it.

On the back of that knowledge and expertise, I believe, the beginning would be on how to get rid of wrong thinking and poor mindset within the youths. Also, we ought to build a new vision among young people currently faced with radical ideology and illegal immigration. In 2016, along with some friends, I founded the Arab and African Union in order to fight radical ideology and through this initiative we played a big role in launching youth worksheets for achieving a proper and safe environment for children. We shared the worksheets throughout the continent and submit the papers to national institutions among African Union Member States.

In July 2018, I founded Youth Leadership Council for the children of the Nile Valley for rapprochement between youth in the Nile Valley and the rest of the continent in order to learn about cultures and historical interdependence of that important region in Africa which is joined together by a single artery of life which is the Nile River. From this initiative we subsequently established the Nile Valley Youth Parliament which elected me as President in November, 2018.

It was important opportunity to establish understanding between the Egyptian State and the rest of African youths which has been a focus since President Abdel Fattah Sisi Egypt’s Presidency who has personally shown great interest in Africa, as shown by his participation in Egypt and Sudan Youth Forum in Aktorber Africa School 2018 2063 and also with the Egyptian State’s contributions in the convergence of the Youth leadership.

Since then, many events have taken place among the youth of the African nation, which has gained all involved a lot of knowledge and has created for almost all of us across the continent, friends we communicate continuously with, sharing the report in several situations that Africa is coming with her youth and is able to be the best continent amongst the continents of the world. The current generation of youth is rich in knowledge and sophisticated ideas and I have always wanted to enable as many youths as possible to be actors by involving them in programs such as the Nile Valley Youth Forum and Youth Forum in Aswan, the African youth capital.

Language is a key element in bringing people together and realizing this, I have involved in the establishment and spread of an interactive software application for Arab and African child education to learn common languages easily and this was used in Cairo Conference in March, 2019. During that conference, the President of Egypt, urged the Arab and African children on the importance of common languages for creating a generation with more understanding of African extension.

These have been my first steps being involved in better youth leadership and common understanding towards realizing the dream of the African continent filled with peace, development and prosperity and a great indicator shows that Africa is coming, that Africa will become as advanced as all other continents. I participated in Arab and African youth Summit in Aswan, which was the most important event in Egypt in the year 2019 and was attended by a lot of Arab and African youths.

The major highlight for me was sharing the roundtable session with the President of the Republic of Egypt Arabic and African Union Chairman Abdel Fattah Sisi. I was a speaker on the importance of Arabic and African integration experience relations between them such as the experience of the Nile Valley, and it was entitled Round table of ‘the Nile Valley Arab African integration corridor’. I have also had immense experience under the Presidency of Egypt for the African Union in 2019.