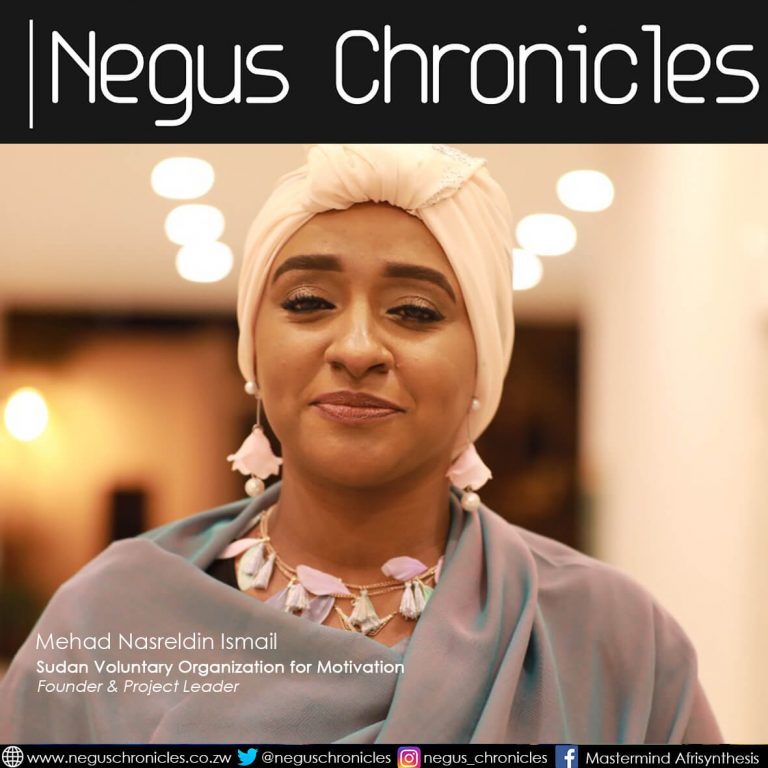 Achievements:
SVOM has reached 30.000 youths and is playing a key role in changing the mentality and ideology of the society in its approach of depression. As a woman, I made it my personal mission to inspire women to take on decision positions and thus, gave them equal voice and roles in my NGO and make sure they lead by example since we need to be role models to other Sudanese women.

The day everything almost fell apart:
People around me agree that I am a natural leader; I have always had a leading voice among my peers and even through my study years, I have led classroom-based initiatives. However, my passion to lead and make a difference didn’t materialize fully until a close friend of mine suffered from depression to the point of wanting to commit suicide.

My first advice to her was to seek medical help but she didn’t consider it since in conservative Sudan, mental problem is considered a spiritual issue only. I wasn’t going to let her perish though; so, I took the step to help her personally and in a painfully slow process, I did manage to uplift back up her hope in life.

Seeing the positive impact, I decided to start a motivational organization, the first of its kind in Sudan, to support the youth to stay positive. The lack of role models and mentors, the taboo surrounding mental depression and being a woman were challenges I faced along the way but I made it my mission to break the barriers. My first task was to convince people that mental therapy works when applied correctly so, I began creating motivational recordings and postings to share on both popular social media in Sudan and my own pages.

While the challenges were there, there were genuine positive reactions as well and soon afterwards, I led the first research on the effect of Mental Therapy on secondary school students in partnership with other people who shared my dream. The closed research proved to us that the youth were accepting at heart and willing to listen. Complex as it was, I decided to finally launch Sudan Voluntary Organization for Motivation [SVOM], which provides motivational speeches and increase mental hygiene awareness, mainly to youth aged 18-35. The purpose is to equip them with life-skills, teach them the power of being hopeful, overcoming challenges and breaking barriers.

In February 2017, I even took a course on managing an NGO to equip myself with the skills needed to lead my initiative to the level I dream. As CEO and Founder, there were tough decisions to make from the start especially since it is generally hard for decision makers to take a woman seriously, but every challenge was a ladder to success.

My journey took another turn, when on December 19th 2018, Sudanese people got together and peacefully demanded the Sudanese government to reconsider their reckless economic decisions that had been damaging the citizens of Sudan.

The inflation rate had gone up so high yet the criminal regime in Sudan chose to suppress unarmed [protesters] with their heavy weapons. The suppression resulted in over 52 deceased citizens over the course of 6 weeks, with most of them being boys under the age of 24 and hundreds of detainees of both genders, whose backs were extremely injured by cruel whipping. I personally got threatened with arrest and death for letting people know about their constitutional rights, that’s my only crime, one which I’m proud of.